SPONSORS, SUPPORTERS AND VOLUNTEER OF AFRICA HISTORY MONTH IRELAND & THE AFRO FASHION SHOW IRELAND. THIS ARE PEOPLE MAKING IT POSSIBLE FOR AFRO IN DIASPORA CENTER CARRYING OUT THEIR AIMS, VISION, MISSION & OBJECTIVES, THEY SUPPORT OUR PASSION AND WE SAY A BIG THANK YOU. WE ARE PROMOTING "ADIRE" @ THE AFRO FASHION SHOW IRELAND, MELROSE IS WEARING AN "Adire" FROM ONE OF SUSUANA.O.M COLLECTIONS.

Adire is the name given to indigo dyed cloth produced by Yoruba women of south western Nigeria using a variety of resist dye techniques. Adire translates as tie and dye, and the earliest cloths were probably simple tied designs on locally-woven hand-spun cotton cloth much like those still produced in Mali. In the early decades of the twentieth century however, the new access to large quantities of imported shirting material made possible by the spread of European textile merchants in certain Yoruba towns, notably Abeokuta, enabled women dyers to become both artists and entrepreneurs in a booming new medium. New techniques of resist dyeing were developed, most notably the practice of hand-painting designs on the cloth with a cassava starch paste prior to dyeing. This was known as adire eleko. Alongside these a new style was soon developed that speeded up decoration by using metal stencils cut from the sheets of tin that lined tea-chests. Another method was to use sewn raffia, sometimes in combination with tied sections, while other cloths were simply folded repeatedly and tied or stitched in place. The basic shape of the cloth is that of two pieces of shirting material stitched together to create a women's wrapper cloth. Most of the designs were named, and popular designs included the jubilee pattern, (first produced for the jubilee of George V and Queen Mary in 1935), Olokun or "goddess of the sea", and Ibadadun "Ibadan is sweet." 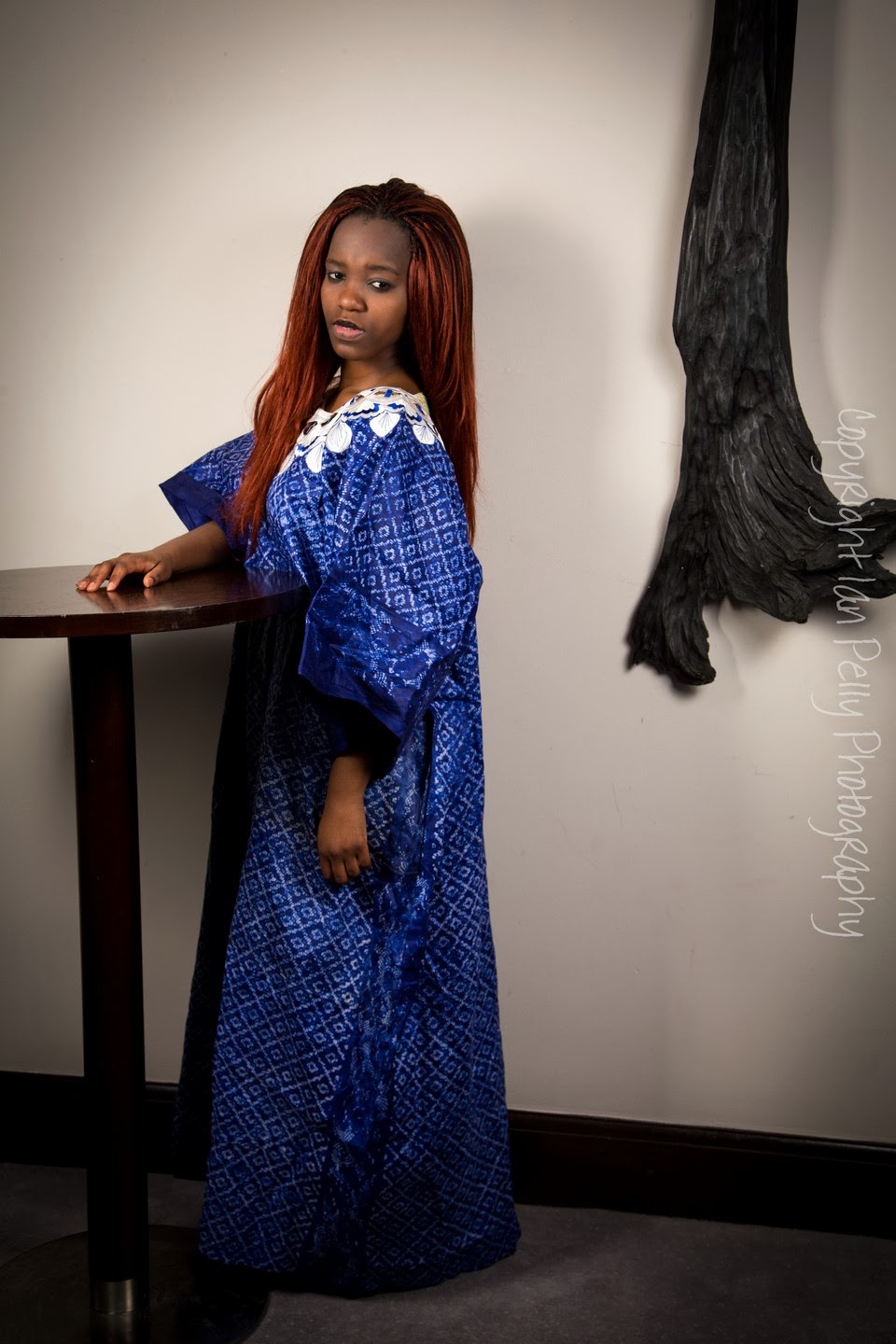 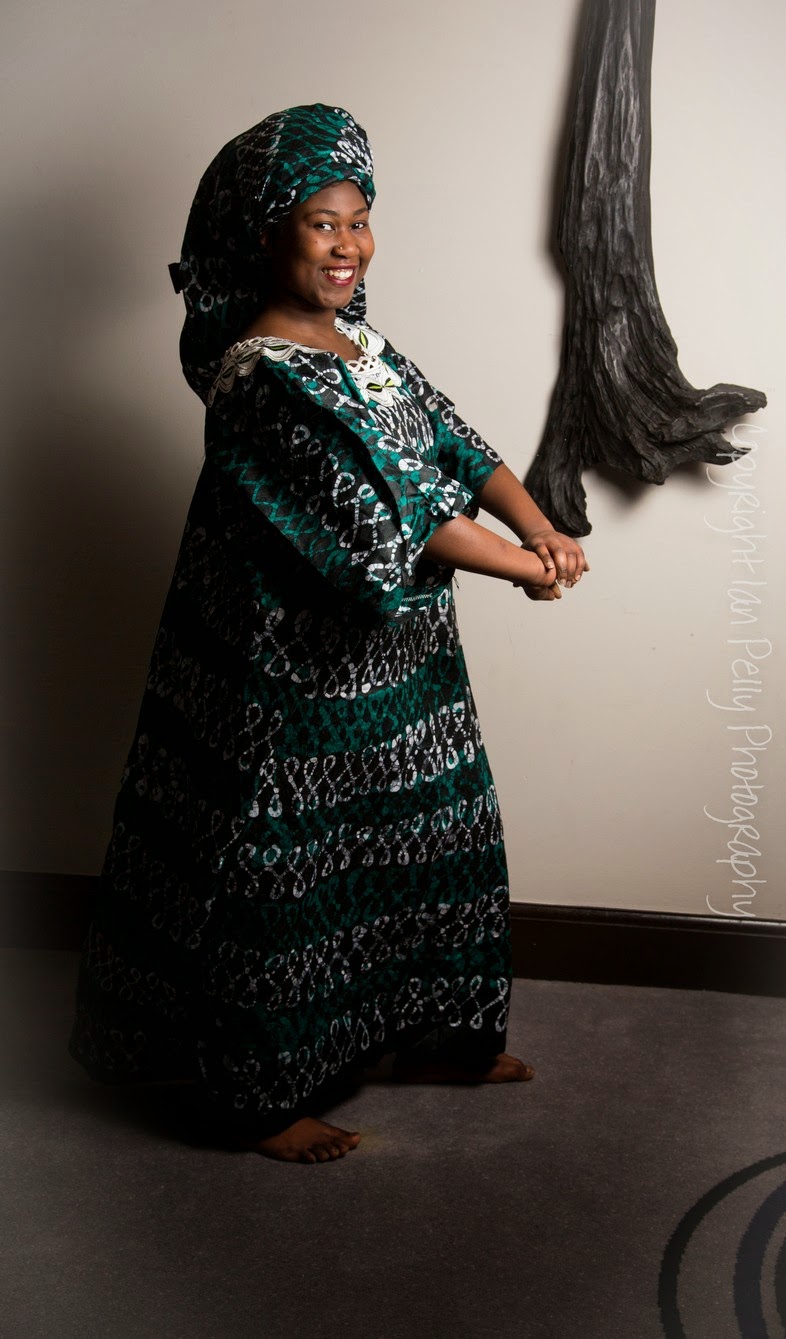 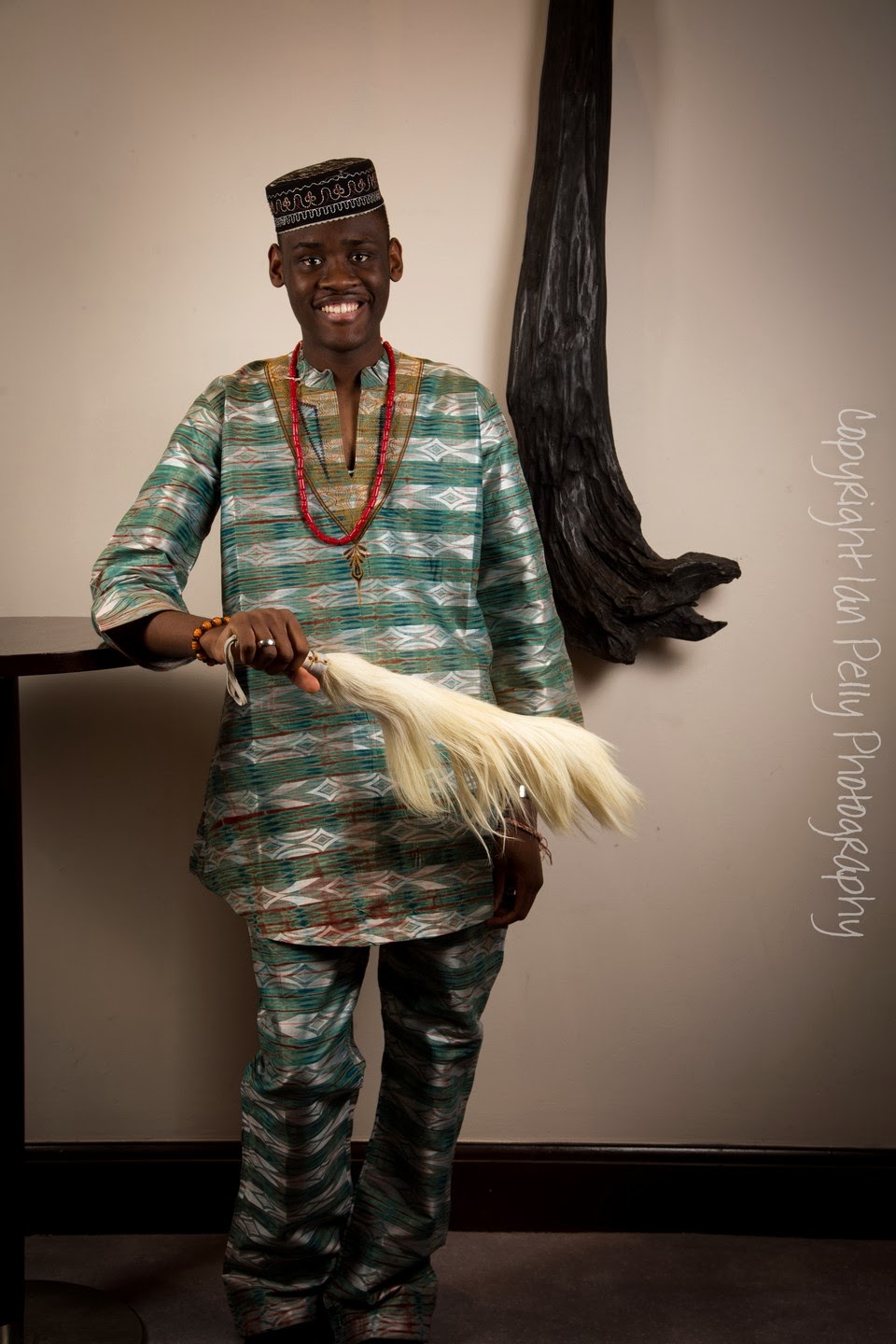 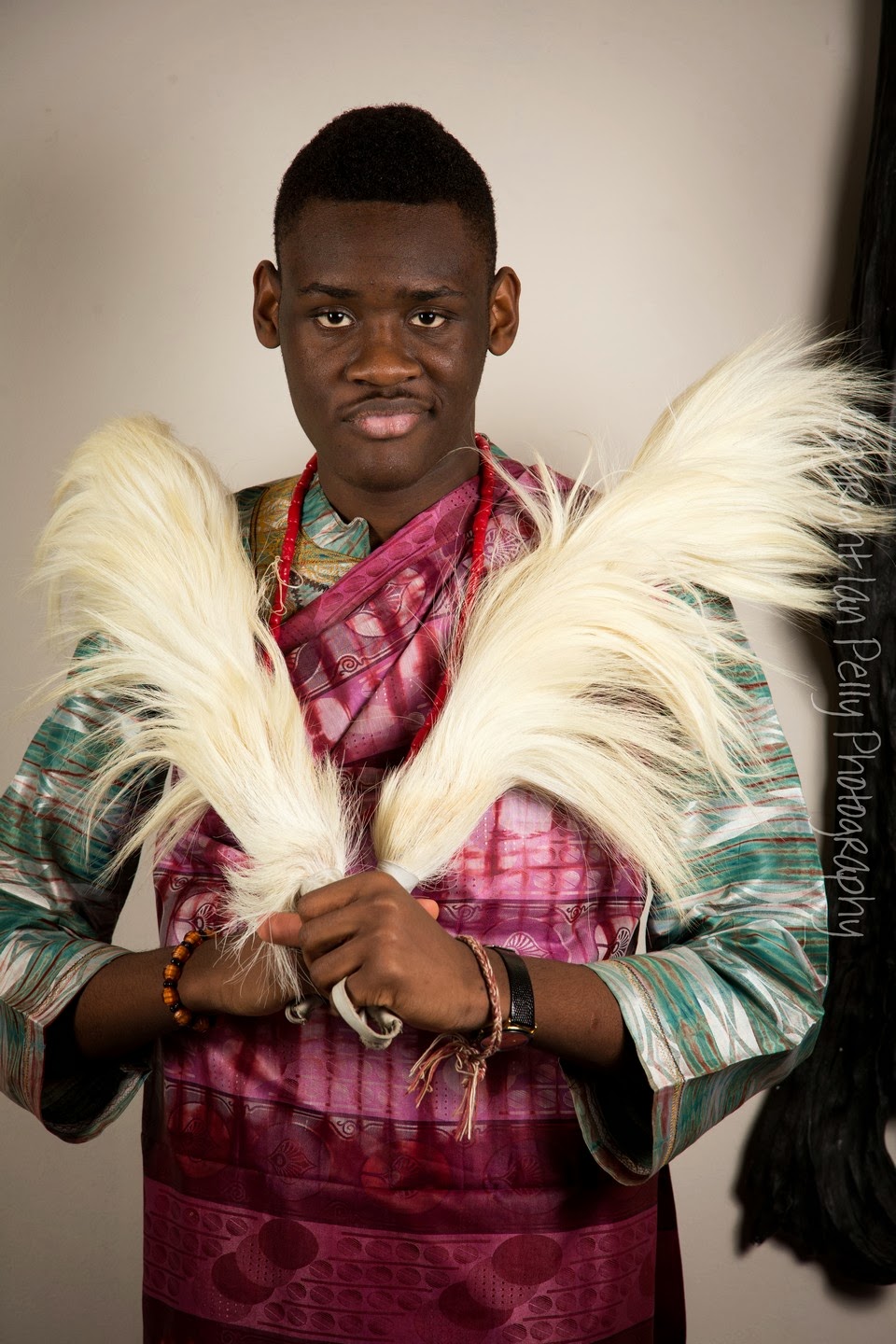 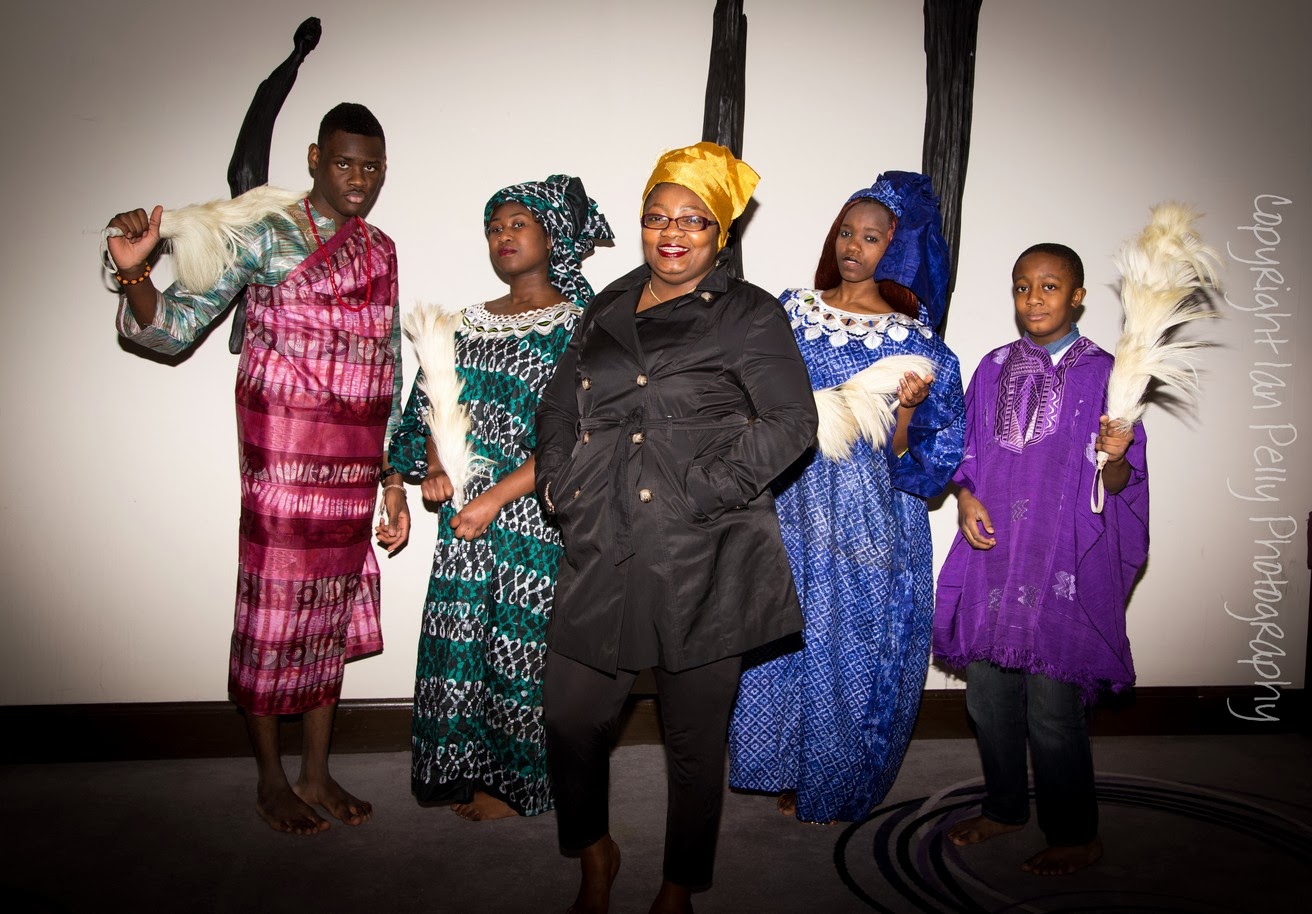 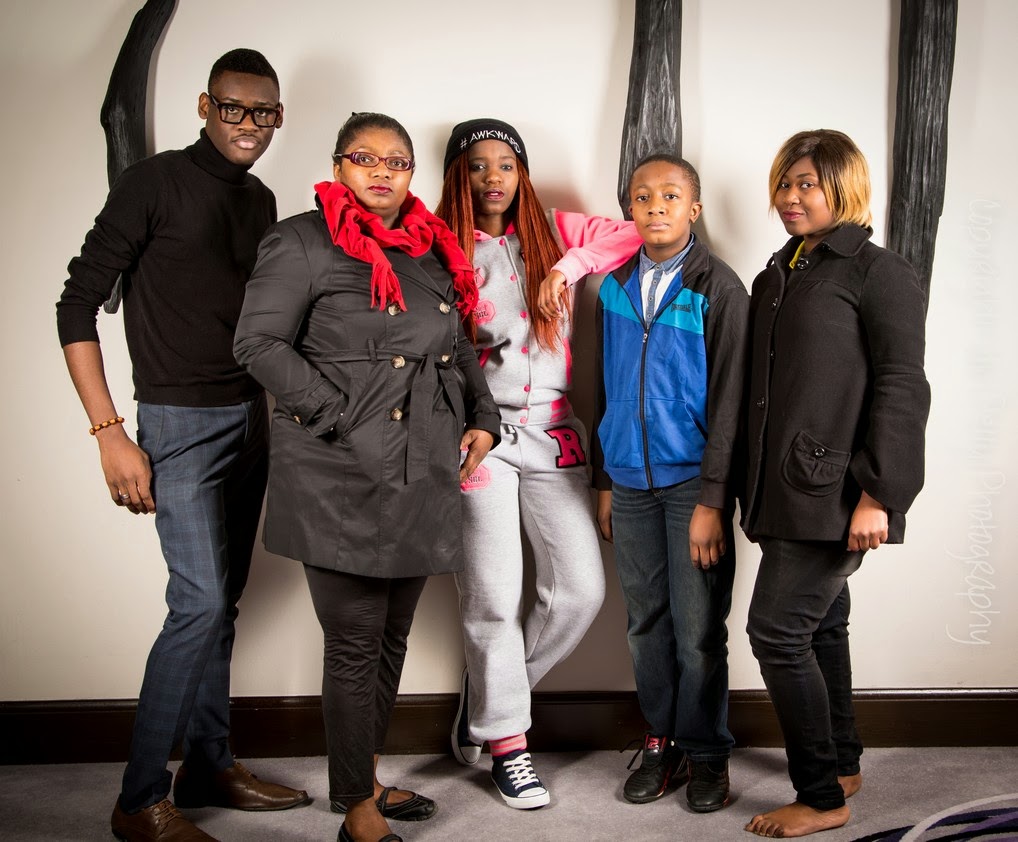 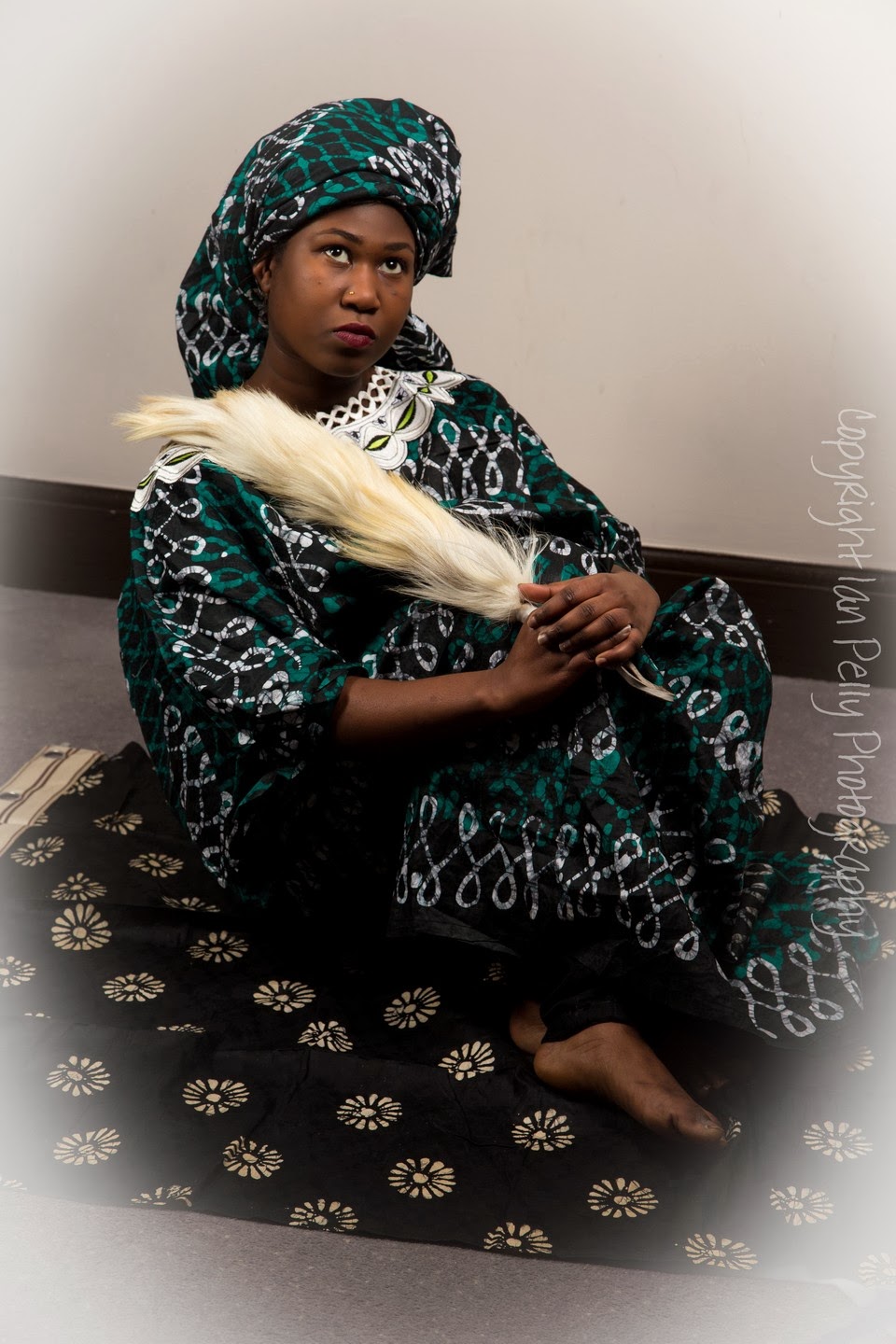 Thanks for your support, since I have started this project, those little advice, comments, backup security, most of all financially you have being a great strength in supporting the project, and your support has make a great difference.

Living Cultural Solutions is a consultancy managed by Livingstone Thompson, PhD (Trinity College, University of Dublin), a highly qualified senior executive with many years of international experience in training and skills development. Livingstone brings the experience of postgraduate research and has worked in equipping migrants and organisations in Ireland with the delivery of culturally appropriate solutions.

Originally from Jamaica and now living in Ireland, Dr Livingstone Thompson brings practical solutions to the real-world problems of reconciliation.  As a former Minister, he has over twenty years’ experience in promoting interfaith dialogue in over thirty countries chiefly through working with the Geneva-based World Council of Churches. He has spent the last ten years working on the PEACE projects in Ireland and on equipping migrants in Ireland to adapt to their new home. He lectures in World Religions, with a particular interest in Islamic Studies. His book, “A Formula for Conversation: Christians and Muslims in Dialogue ” has been well received.

Dr Livingstone Thompson is the Managing Director of Living Cultural Solutions Ltd a consultancy whose mission is to improve cultural competence. He is also the current President of SIETAR Europa and represents Ireland on that organization. He is involved in the Africa-Caribbean Forum along with other culture-related movements. 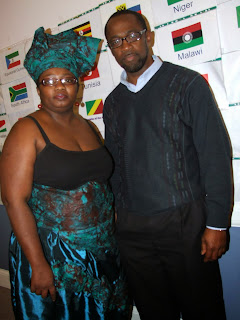 16th was the Opening Ceremony of the Africa History Month Ireland,November 2013 after 15 days from the beginning of November, 1st- 15th of Media, Social Media, Radio Interview, Newspaper promotion and Creating the awareness of African presence here in Ireland and with the support of great eminent people here in Ireland and abroad.

I want to say it kick up superbly with an "Interactive Interview Workshop and Exhibition at Galway, Westside Library with the chief host Susuana.O.M.

Thanks to all the staff of the Westside library, Galway, the guest speaker which were the focus of the interactive Interview Workshop, Dr. Kelvin O'sulliavian, Barrister Olufemi, appreciation to the Official photographer and video coverage prospero infou, uche for is creative background that showcase all the 58 Africa Countries that makes up the continent "AFRICA", Michael who as given us space in Dublin to use as an office with is loyalty to the project, Adekunle for is immaculate exhibition, Greg Duff for is exhibition, phumla Golodo & Friends for her great contributions since i choose Galway as our destination to celebrate the event, pastor Issac Ademowo as our official spiritual father of the day, my love and thanks to m friend Dr Livingstone of Living Cultural Solution & family for his support always with the Technical Equipment use to make the event projection great and for welcoming me always when ask, to my kids, Joseph Olatunji, Salanto going for audition for Britain Got talent that entertain us with is dancing moves, wish all the best, he was there to grant us interview to encourage the young , youth on the celebration of the "ONE WORLD WEEK 2013" Theme: The World Young People Want£ He said a world without killing, thank you again for that fun interactive interview with us.

Thanks to all participant in and out to view the exhibition. Great thanks to my Team working day and night on this project, Angela, Godfrey you are beautiful, Adekunle again, Victor Oduko for his great poem"Africa my Africa". I say again every single person, soul that is supporting us still.

Most of all my "Gratitude is to my creator "Jehovah God" My Lord, Holy Ghost for given me the strenght to keep going, financial support, health, love from great friends, my Sister Lara Atunwa, Mum Olawunmi Olatunji and Late Father Chief Afolabi Olatuniji building me with what i have today and ability for the creativity and tot which help me @ Galway. 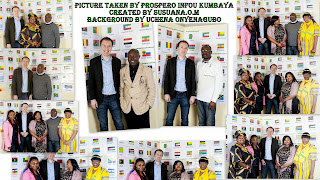 @ The Rainbow Show with Ade on the 13th November between 8-9 PM.

Friendship is for life, My childhood friend, grassroots, Ade Oke which I called "Dewunmi" the Presenter of "The Rainbow Show" on KCLR is supporting us by welcome the team of the Africa History Month Ireland, on his show for an interview to promote the presence of African's here in Ireland.

Being one of the Eminent African here in Ireland with his family living in Carlow and originally from Nigeria Ade’s lived and worked locally for many years and set up the Carlow African Film Festival which is running for the past nine years. On "The Rainbow" he’s joined by others who've made Ireland their home, discussing obstacles they've faced, contributions they've made with the show interspersed with music from Ade’s global vault. Godfrey Chimb our PR & Angela Unufe- Eguakhide will be joining him.

Here is an opportunity for all African's living in County Carlow and the sub-area to join us in celebrating and observing the month with various activities to mark the celebration of our contribution and presence, nationwide and globally. 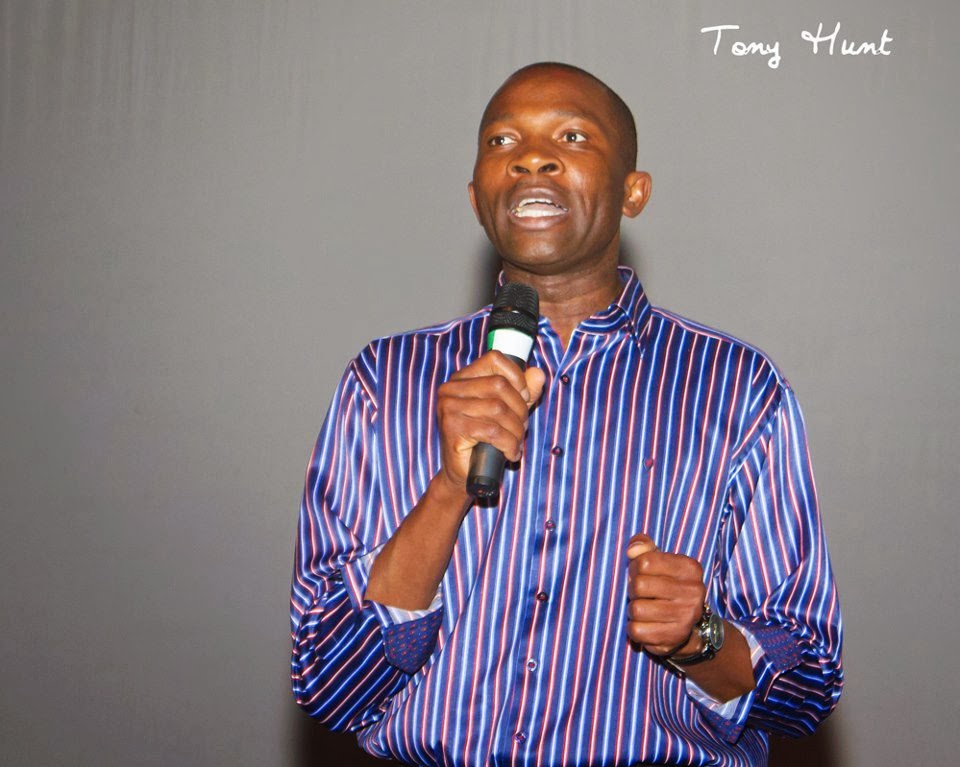 We are saying a big thank you to "The The Integration Centre" for the partly supporting us Financially toward the celebration of "AHMI" 2013.
The Integration Centre specializes in planning, monitoring and advocacy at city, local, national and international levels and provides regionalized information, advice and training services. Evidence-based research influences positive change in legislation, policy and practice. We have more than 250 affiliated organisations as part of our network. 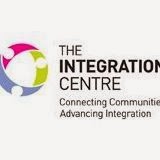 On the 16th of November, The Team of "AHMI" is being hosted and interview by Dublin South FM on "Our Africa" @ the Opening Ceremony taking place @ Galway, Westside Library, the event will be grace By African Ambassador's and The Galway Mayor, also with great personalities living in Galway and Outside. Come and support the team and Chief Host; Susuana O.M in celebrating and acknowledging presence of African's here in Ireland.

Issy Taiwo was born in Nigeria and is studying Journalism at Griffith College in Dublin she Presents & Producers "Dublin South FM" Our Africa program, Ian Callagy is a contributor to the show and is a graduate from DunLaoghaire Media College.

'Our Africa' is a one hour weekly nominated show that provides information, events and music for the African and Irish community in South Dublin. Our mission is to broadcast a positive, engaging and entertaining message through the medium of radio that appeals to the ethnic and Irish population across South Dublin in a manner that will encourage them to integrate and participate in society.

We are expressing our appreciation to Issy and her team for the privilege and love shared toward the event, come and meet the team @ the National Conference taking place Carlton Hotel Blanchardstown﻿ 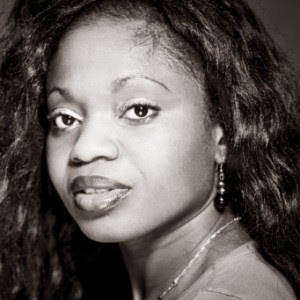 THURSDAY 7TH OF NOVEMBER @ DUBLIN CITY FM 103
The team and Committee of the Africa History Month Ireland﻿, November 2013 will be on 103 DublinCity FM for an interview on the Event Program for this year "AHMI" with Damilola Oduwole﻿ and Ian Peadar Callagy﻿ doing it for the African Community and Promoting the National & Global Presence of African's here in Ireland and abroad.

Tune into "African Scene" on Thursdays at 8:30 pm to hear Africans in Dublin debate the issues that affect them. The program serves as a source of education, information and encouragement to Africans in the city. The show also features some of the best African music. African Scene bridging the gap between the African Community and the people of Dublin. The program won a Media Multicultural Award (MAMA awards) in 2006 - for aiding integration and promoting multiculturalism in Ireland.

We did our first interview with PHOENIX 92.5 FM on the 4th Nov, Our Spoken Person is Godfrey Chimb﻿ the PR Committee for the celebration of Africa History Month Ireland, 2013. Feyisola as part of her support both physically and financial commitment to the project offer us an interview in promoting the PROGRAM OF EVENT and generating Awareness of the Great work of Susuana .O.M the initiator of the "AFRICA HISTORY MONTH IRELAND" Lead by Godfrey {PR}. Feyisola Adeyemi a.k.a “D Red Carpet Queen” is a radio presenter & producer for 92.5 phoenix FM and the super stylish face behind the fashion blog www.simplyglamorous.net where she gives out tips and tricks on how to look GLAMOROUS for less!

Originally from Nigeria but based in Dublin-Ireland. She is a graduate with a degree in Social Science, but developed her love for fashion. However, as a fashion lover, in her spare time she blogs about her personal style, re-creating of a design, celebrities styles and trends but  with a strong believes that you can be trendy and stylish without being a slave to fashion and superficial. 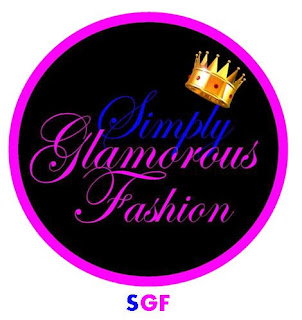 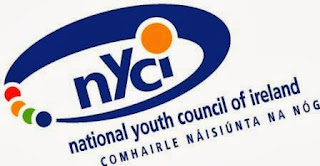