CHARITY PROJECT FOR AFRICA (NIGERIA) By AFRO IN DIASPORA CENTER Everyone kindly donate all yr unwanted toys,good shoes, bags, clothes and unwanted gift to support people in need in OUR FATHER LAND NIGERIA. And remember charity begins at home, this will be given to local residence and youth of the community. Tks and call VERA on 0879257654 anytime. The Royal Majesty, Oba Engr. Adeniyi Olufemi fashade, FNSE, FNI, STRUCT. E Akeran IV, Owa of Igbajoland The exclusive private journey of the Osun State Descendant Organisation living here in Ireland, led by their president Abimbola Oyebowale to County Cork. Before going ahead on behalf of the President Abimbola Oyebowale like to say a very big thank you to all personality present and absent for the success of the journey, to the Kabiyesi, Olori, his Son, Daughter in law and Grandchildren. Thanks everyone for their time, money, effort and that Almighty God will replenish you all. Thanks to all the media's like Tritees Show, Bold &Beautiful, Beacons ,Susuana Entertainment & Training Consultant and most of all Africa Voice Newspaper for the publicity. The Kabiyesi recently wrote a new book title “The Journey so far” Igbajo Polytechnic, according to Kabiyesi “Igbajo Community has now recorded the history of being the first community in Nigeria to own a private polytechnic. While I was interviewing him, he mentioned that the new book was his fourth book written by him since on the throne. Kabiyesi relocated back to Igbajo in 1956 and ever since fall in love with living in the town before he had the opportunity of becoming a king with the support of Almighty God. He spoke about his love for igbajo and the people of the community. The Royal Majesty, Oba Engr. Adeniyi Olufemi fashade, FNSE, FNI, STRUCT. E Akeran IV, Owa of Igbajoland. According to him he’s a king of one wife and loves his family, which is one of the reason he travel miles to visit his son, daughter in law and grandchildren. Kabiyesi gave me a brief history of the creation of Igbajo, Igbajo is made up of many people from different parts of the Yoruba nation yet they took another risk by bringing many of the various groups in the town, together in 1960 under the umbrella of Igbajo Progressive Union and he is a member of First Baptist Church, Igbajo. THE DUBLIN ANKARA FESTIVAL and PATRICIA OLUFEMI; AFRICAN DUBLIN BASE MODEL Sam known as DjRedwood is the initiator of the Dublin Ankara Festival supported by Ben TV, Uk and with the support of all other prominent people and businesses in Ireland. This year 2013, the festival took place at Vanilla Club, Morehampton Road, Dublin. Africa Voice newspaper and Afro in Diaspora Center the initiator of “The Afro fashion Show Ireland” where there to showcase the collections of the winner of their show, “Best African Designer Helenakampbell” by Tina Williams at the Private Dinner Award where several people where being given award. The day kicks start with Award Dinner Party; Interview by Susuana Afro Carib Lifestyles & Achievers an Online Radio on cavanonlineradio.weebly.com. A cocktail reception, pre-photo shoot, Red carpet moment with Feyisola; Simply glamorous fashion and followed by after party at vanilla nightclub. A brilliant performance from the CEO Dancers from the Britain Got Talent representing Africans all over the world, last year face of Ankara winner was present to grace the day and we are all hoping that we will have ‘A new face of Ankara 2013’. The crowd at the festival was great and I enjoy every moment. I called it my week of Afro Fashion Blast with my kids present and having great fun. Patricia Olufemi @ the Dublin Ankara Festival Patricia is someone whom I have come to fall in love with since she grace my Afro Fashion Show as one of our special guest, she is humble, a beauty to the core, she is what I call 'class of a beauty'. She is now Ireland Africa based Model full of inspiration, challenges but with hopes and opportunities. Am proud to say that apart from been Africa, she is a Nigeria. She is representing Distinct Model Management, a student and a daughter. She is a Christian with the fear of God and going places. Patricia was born 23rd January 1992, in Newham, London. She did most of her secondary education in Nigeria before moving back to London in 2010. In the summer of that year she contested in Mr & Miss Runway UK where she was the first runner up in the female category. Shortly after, she relocated to Ireland, where she attended the Absolute School of Modelling course in order to learn more about the Irish modelling industry and to improve herself as an aspiring model. Currently, Patricia is represented by Distinct Model Management, one of Ireland’s leading Model agencies. Patricia has worked with Xpose on TV3, Red Hot magazine, The Carlow Nationalist newspaper, Jean Paul Gaultier and Diet Coke on their collaboration launch, Coldlilies Jewellery, EveElla Jewelries, Melissa Curry designs, Claire Garvey, MOHH salon, Gabriela Rigamonti Jewellery and Sinead Doyle to mention but a few. She is also on the cover of July’s digital edition of Zen Magazine Africa. Patricia is also a full time student at Dublin Business School studying Business in Marketing. Despite her fast growing career, she is able to ensure her grades remain remarkably high. A few of her lectures refer to her as the definition of the saying “beauty with brains. PICTURES 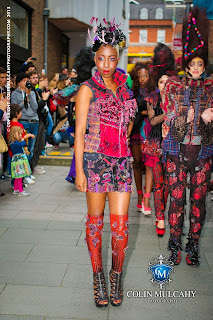 She is going to be "An Ambassador" for the Afro in Diaspora Center "AfroCarib Ambassador" representing Afro Women here in Ireland @ various place. Angela Silva and Anusha Somadoo the Chief Host for The Little Kingdom where she won has a Princess. Michelle Hlongwane 16 years old and lived with Parent: Susan Bradley-0894597725 Hobby: She like dancing as she used to dance ballroom and Latin, Michelle like singing (that's screaming across the room as well :D), Michelle is very energetic and love being with people. I'd say laughing is my other hobby as well hahaha!!!! Meet AfroCarib Ambassador "Michelle Hlongwane" & The Chief Host of "Afro Fashion Show Ireland" Susuana Olatunji-Komolafe 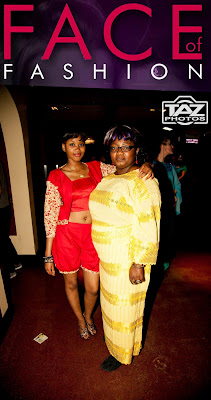