Hello Readers, What a long weekend for me working and having fun, My Girl Ebun great celebrating with you 14th, 12, 2013 @ Clarion Hotel and members of unforgettable women.  End of Year Dinner Banquet by The Unforgettable Women Network,  An Amazing gathering of amazing people, Great company, food, music and dancing. 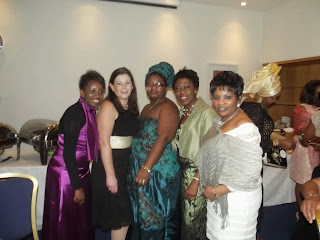 Susuana Beauty with a touch of class

History records the important role played by minorities in America in helping Bill Clinton survive impeachment, hence saving his Presidency and a legacy which includes support for issues of importance to minorities, especially blacks and Latinos. History also record how Obama became the first African President of America, history record the changes made by African's here in Ireland and all around the world. Today I am making a difference, changing History here in Ireland by Supporting Mr Alan Shatter, remember his history everyone.
It is in this spirit of citizenship that we're standing by Minister Alan Shatter, TD and asking you to urge your friends, supporters and colleague to support our movement to back Justice Minister Alan Shatter, TD as he faces gruesome attacks from the media and opponents.
This is not a partisan fight or a racial fight. We are Irish citizens of every color, mother tongue, religion and we ascribe to different Political Parties platforms in Ireland. But we are united in our opposition to the unwarranted attacks that are distracting the Minister from performing is duties. Mr. Alan Shatter is a fine public servant and these attacks are a de-service to our nation.

MEET OLARENWAJU OMIYINKA IN IRELAND and DANGOTE!!!
At the Nelson Mandela Resource Center, Duleek Business Park, No-boring Junction, Duleek, Co Meath, Olarenwaju Omiyinka A.K.A Baba Ijesa will be hosted by the Chief Executive Director of Crown Ventures Adeeyo Ademokun on the 13th of December, 2013, starting from 9pm prompt to 2pm, with the support of the President and Founder of Ijesa Women Foundation Ireland, Susuana.O.M Olatunji-Komolafe and as we also celebrate the passing on of Madiba a book of condolence is open from 9th of December at the resource centre for everyone that love to honor and share their last respect for the “Father of All”. Madiba Free at Last!!
James Olanrewaju Omiyinka (a.k.a) Baba Ijesa, the name given to him due to his ability to mimic an old unintelligent man. His emergence on the scene has gone a long way to change the face of comedy, especially in the “Yoruba Movie Industry”. When discussing serious matters with him, one is bound to laugh because of the way he talks, which he says is an inborn and inherited of an old man on set, but a young man in real life, Baba Ijesha is an actor, a comedian, a dancer and now a singer whose presence cannot be overlooked most especially in the “Yoruba Movie Industry”.
He joined the movie industry naturally as nobody introduced him to it. It was just a natural thing he felt. James could remember when he was in primary school, he started by entertaining his friends and classmates. He inherited it from his dad. His father used to be a local champion comedian anywhere he went, people laughed over and over. James says his dad was a joke cracker. He started in the early 80s as an actor playing funny part and after relocating to Lagos it became a professionally job. Though initially when he was a local champion in his own town, James never saw what he was doing as something that could enable him get three square meals on his table, one thing led to the other and here his today travelling around and in Ireland.
James has just hit the market with a new hilarious comedy titled "Dangote" which he’s coming here to Ireland to share with us in Ireland.  Baba Ijesa assures fans of a never-ending laughter, suspense, thrills and excitement in the new and sensational comedy and satire. His job is causing thrills and frills, sending shivers of laughter down your throat and keeping you at the edge of your seat with excitement.  He is also a renowned and paid anchor at events to keep your audience aglow with fun, come and join us on the 13th @ our only NOBORING JUNCTION, also to celebrate the life of Nelson Mandela, our MADIBA. 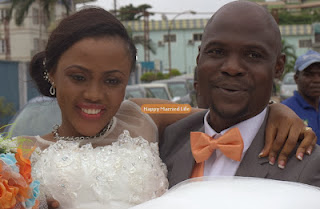 The Ijesa Women Foundation is proud supporter of this wonderful Comedian, their purpose is to bring all Ijesa Women in Diaspora together to celebrate the uniqueness, beauty of being part of a progressive community of Obokun Land. OBOKUN A GBE A O!
Posted by SOM at 08:01 No comments: